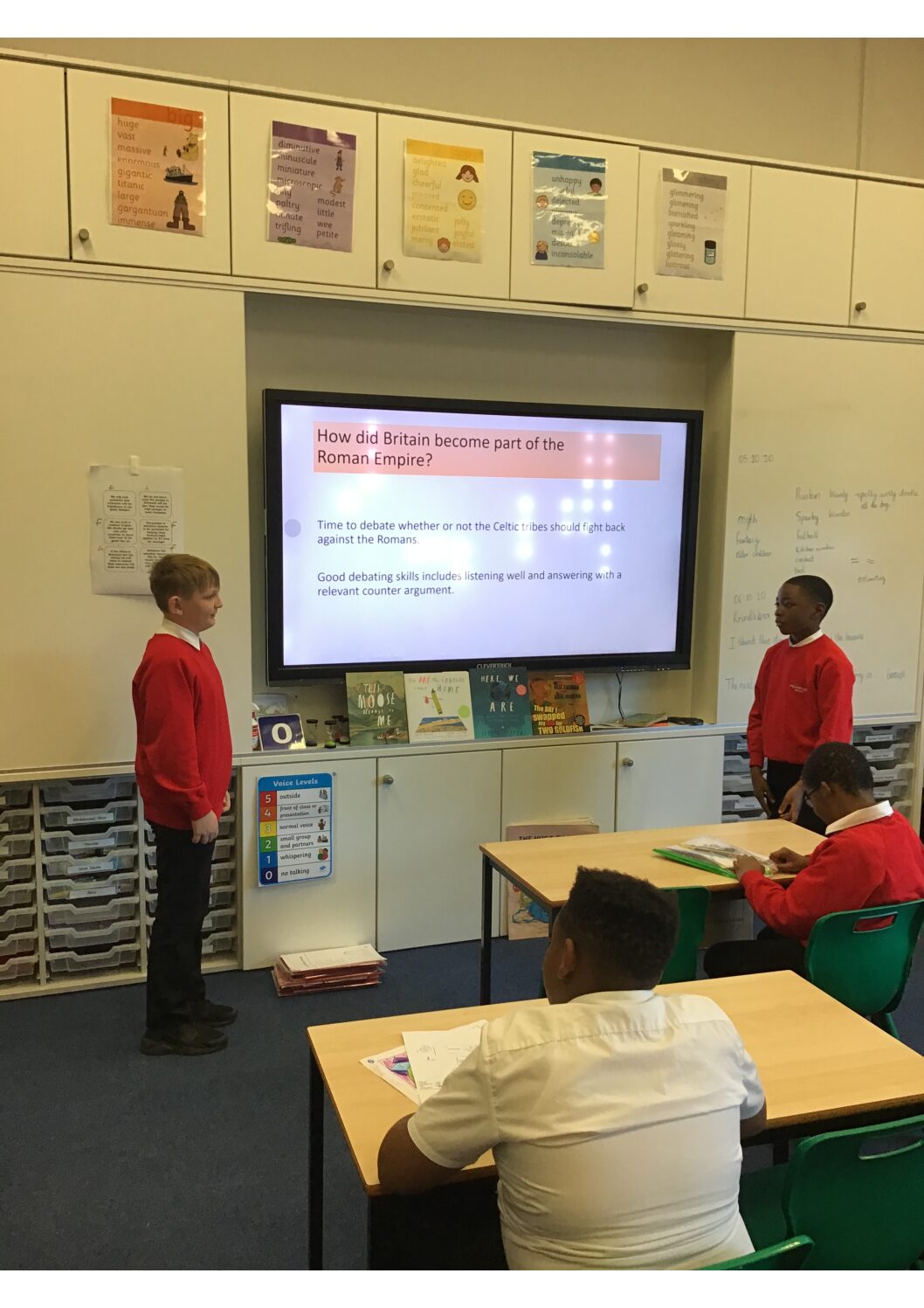 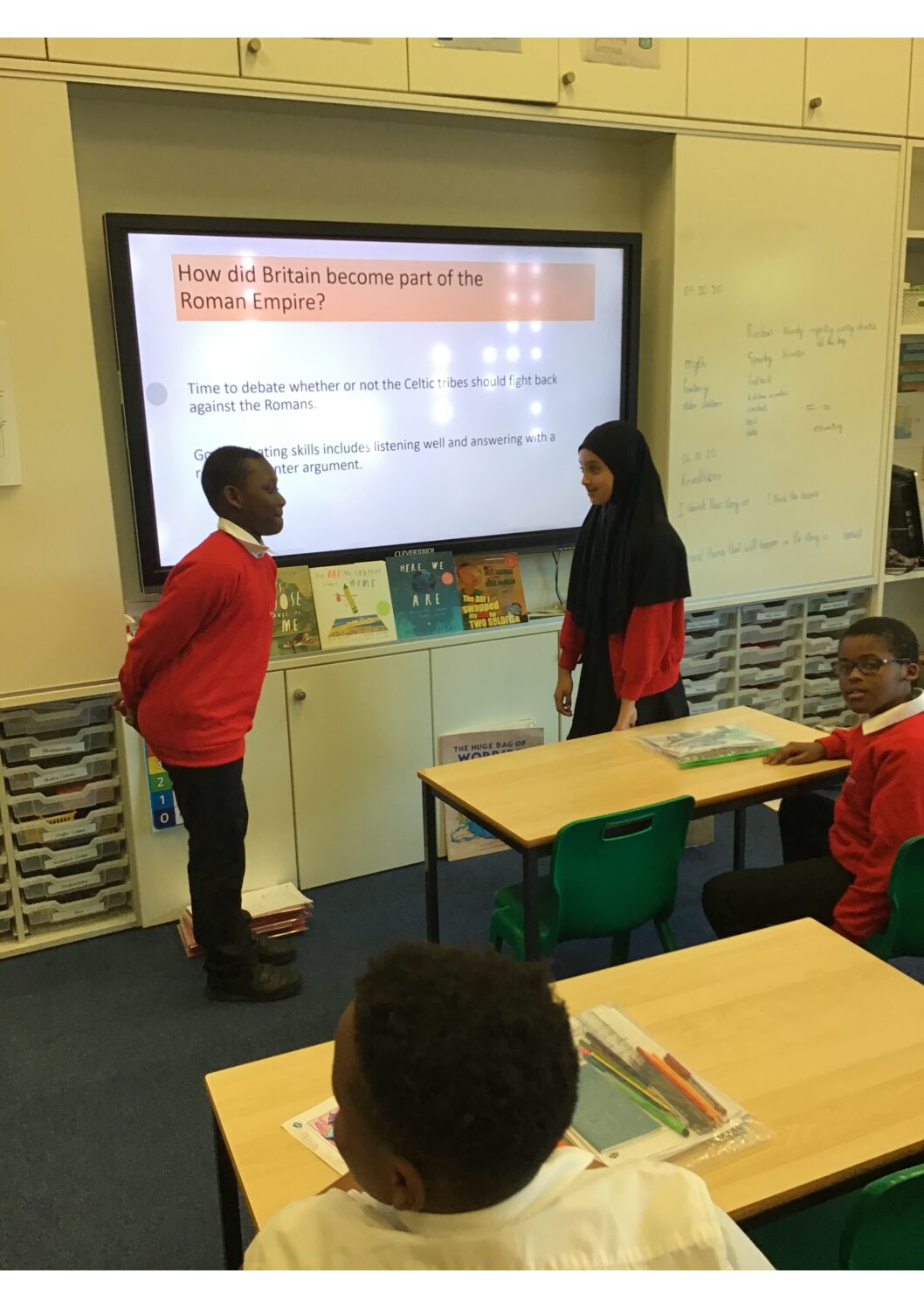 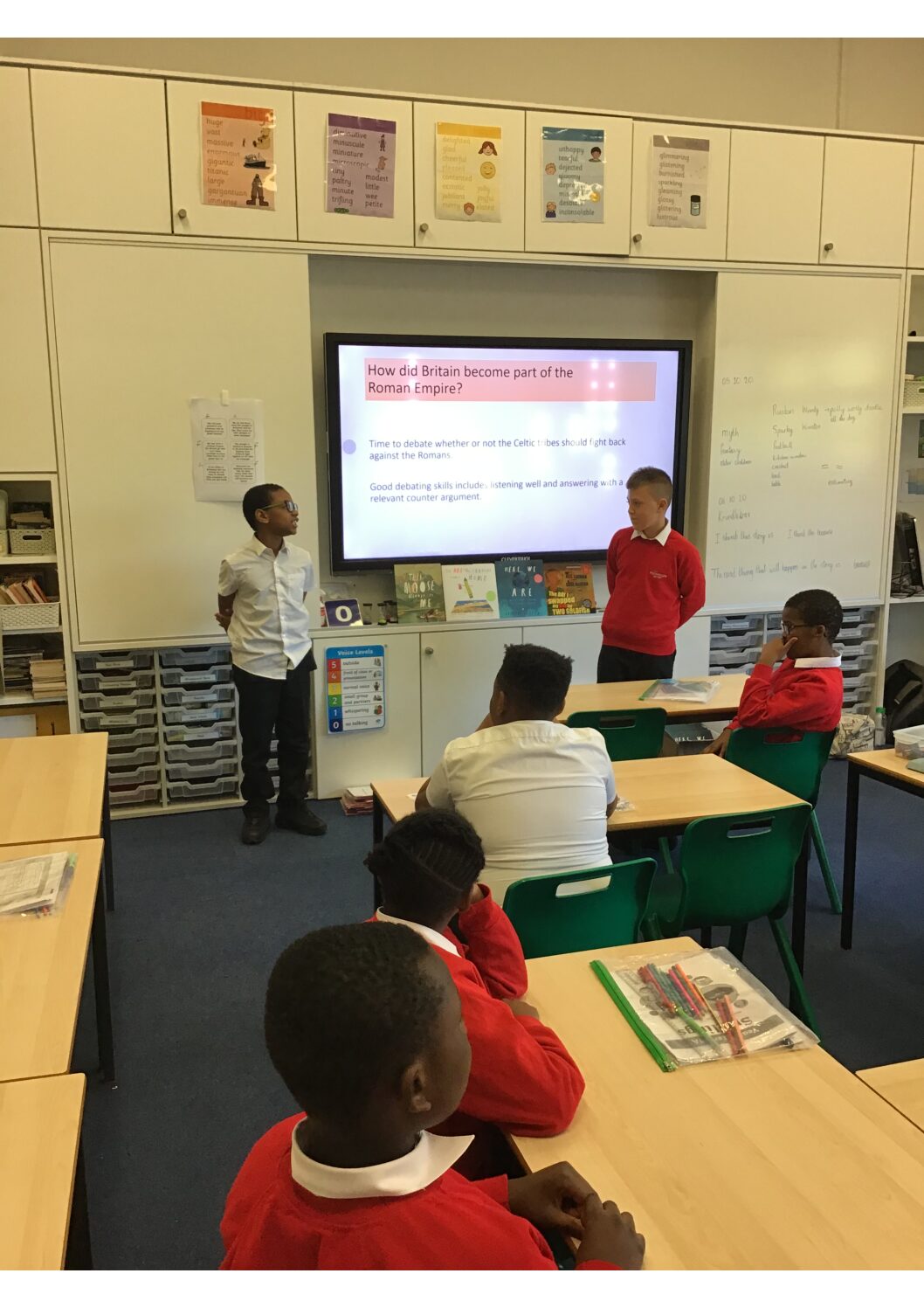 Year 5 continued the discussion about the Romans and their attempts to invade Britain.

The children came up with reasons for and against and thoroughly enjoyed debating. In the end, the Celts decided to resist Roman rule and to fight because as one child said ‘ We are the Celts and we do not fear death’.