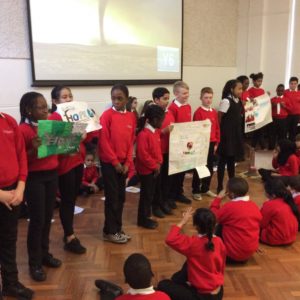 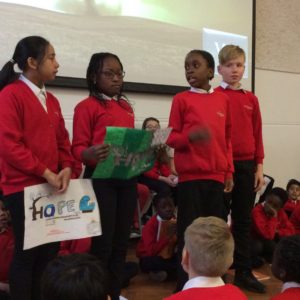 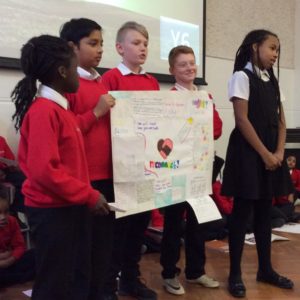 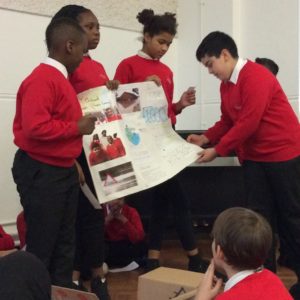 The children have been working incredibly hard this week and each afternoon the children have been working in groups, on a mini project to take their minds off their tests. The project focus, was to create a ‘Charity’ – including Motto, Emblem & Mission Statement etc. and for 1 group representative from each class to ‘pitch’ their idea to Mr Campbell in assembly – Dragon’s Den style.

Mr Campbell had a difficult decision on his hands and after much deliberation he chose ‘Re-connect’ as our year group victors. £10’000 worth of monopoly money is on the way to you as we speak – congratulations.

Happy half term everyone!