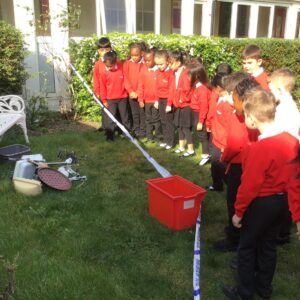 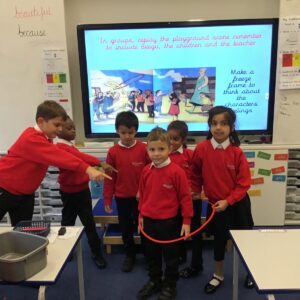 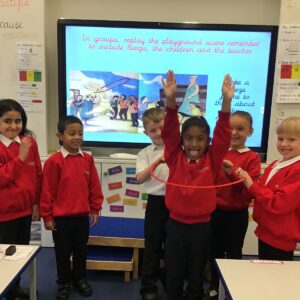 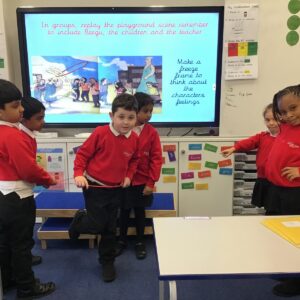 This week Year 2 have been reading the story ‘Beegu’, which tells the story of a small, yellow alien who crash lands on Earth and is looking for friends.

The children began the week  by investigating her crash site and asking questions about what had happened. At the end of the week the children acted out a scene from the story where Beegu visits a school. They thoroughly enjoyed taking on the role of different characters and talking about their actions and motives.

Here are some photos of the children’s freeze frames from the scene they acted out.