This week, the children have been enjoying their reading, P.E, drama and science activities during their afternoon tasks. They have so much effort into completing these with the adults in class with them, and have really enjoyed taking part.

Some of the classes were using drama as a way of expressing themselves in new ways. They were working together to try to bounce all the balls off of a parachute using their enthusiasm to do so. It proved to be trickier than expected, so the children had to be more dramatic with their movement to complete this fun task.

When this task finished, some children moved onto their science lesson. Similarly to last week, they were feeling the difference between ‘hot’ and ‘cold’ objects. They had the chance to feel a hot water bottle filled with warm water, and a bowl-full of ice. They then had to determine which was hot and which was cold to touch.

During a ‘My Independence’ lesson, some of the children were learning how to independently dress and undress. She was enthusiastic and loved combing the hair of her favourite doll.

In P.E, the children were catching and throwing a ball to a partner. They had to catch it with two hands, then throw it back using accuracy to their partner. They then had to jump over hurdles on the floor. This helped to practise and improve their social awareness and coordination of things around them.

Finally, during their reading tasks, the children were using their phonics to sound familiar and unfamiliar words out from within the text. They did really well and blended words and sounds together to independently figure out how to pronounce and read each word. 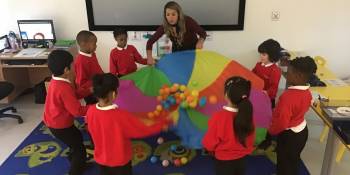 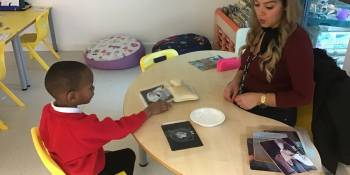 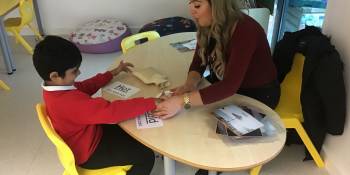 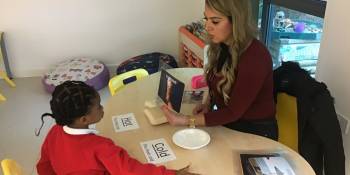 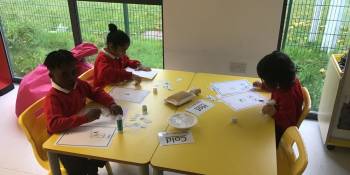 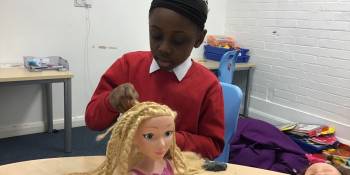 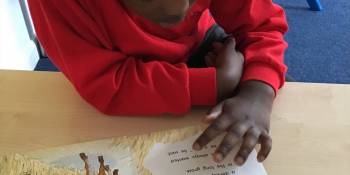 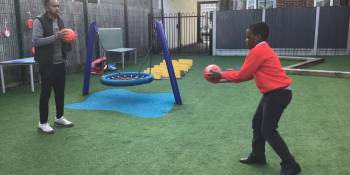 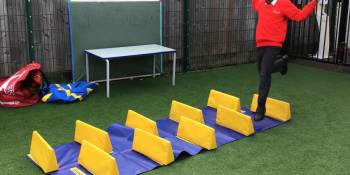 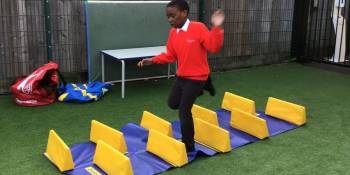